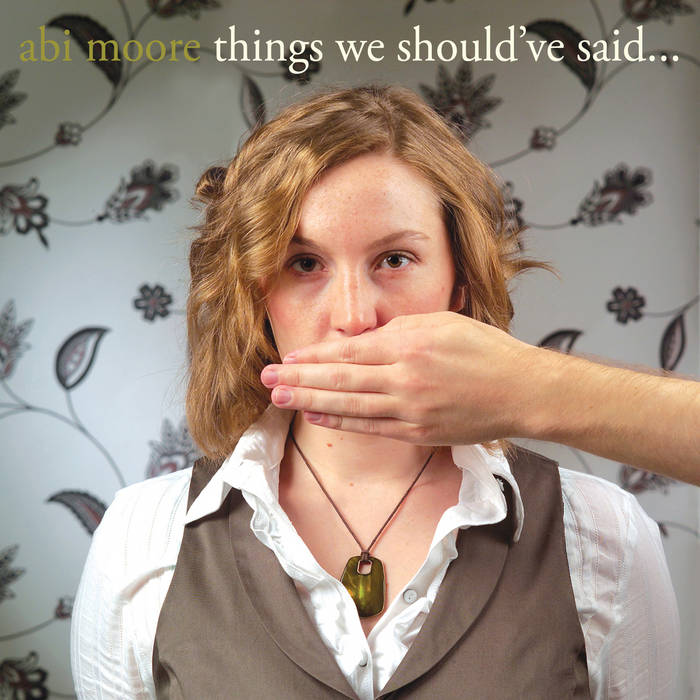 Whenever a singer-songwriter begins to make any kind of waves in the music industry, it is common practice for critics to liken them to as many other artists as they can think of.
With Abi Moore, that is a very difficult thing to do. To put it bluntly, she sounds like Abi Moore, and if you haven't heard of her yet, then you're about to!
Abi’s second album, Things We Should've Said, is a confident outing, often sassy at times, and with a really strong underlying message of optimism and hope.
If the lyrical content of this album must be likened to anyone else's, then Get Cape. Wear Cape. Fly. would probably be the first name springing to mind.
The album features strikingly-titled songs such as 'Has the Whole World Come Undone?' and 'World Leaders and Power Seekers' which are laced with legitimate questions as to whether ordinary people can change the state of the world; and while her dreams of seeing a change for the better may never be realised, at least she's bold enough to try.
The latter of the aforementioned tracks features a multitude of deliciously cynical couplets, with the superb "We'd rather vote for the cabaret star of the year, than vote for a leader to free our country of fear" being the absolute pick of the bunch.
It’s not all pop and politics, however, and there are some deeply emotional numbers here too, namely the six-minute album closer Tell Everyone.
Her voice boasts an immense beauty which should touch your inner soul and have the hairs on the back of your neck standing to attention from the album's very beginning.
All in all, Things We Should've Said is as near to the perfect album as you're ever likely to hear, and that is no exaggeration.
There is only so long talents like Abi can stay undiscovered by the masses, and while she must never lose her independent roots, if she isn't performing at the Glastonbury Festival within the next few years, I fear Abi’s very own idea that the world has come undone may be more accurate than not!


"Evocative and simply stunning album that highlights the voice of this up-and-coming artist so well.
Becoming something of a legend in her native Lincolnshire, Abi Moore’s career has not exactly been a run-of-the-mill success story. Attending a strict grammar school which never really tolerated its students pursuing a career in music, Abi decided well before she was 18 to make a go of it in music.
With her music played in countless coffee bars in her native county and playing with a number of legendary acts, such as 10CC, this mid-twenties performer is bound for great things judging by evidence of this album.
Perhaps the best track of the twelve is “Has The Whole World Come Undone?” Covering all types of social matters from world hunger, politicians becoming increasingly greedy and even catwalk models turning more skeletal by the day, this is a track so good that it should have been released during the Civil Rights Movement and not the financial crisis. Highlighting what a great songwriter she is, this is a protest song to match the best of them; possibly even Barry McGuire’s “Eve of Destruction.”
With its ghostly harmonies and simple yet grand acoustic backing, “The Way It Is” has such a pleasant sound, which begs crowd participation for it to be fully enjoyed. 4.5 stars out of 5.”